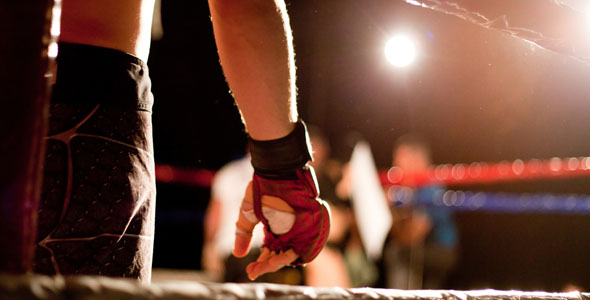 Testing your fighting ability is natural when learning any martial art especially in combat styles such as Brazilian Jiu Jitsu, Boxing, Kickboxing, and Mixed Martial Arts. So why would it be any different for Wing Chun practitioners?


Testing your fighting ability is natural when learning any martial art especially in combat styles such as Brazilian Jiu Jitsu, Boxing, Kickboxing, and Mixed Martial Arts. So why would it be any different for Wing Chun practitioners? In fact, the reputation of Wing Chun as an effective martial art was originally established from style vs style challenge matches.

Referred to as Biemo, it is generally accepted that many of the adaptations in Wing Chun were made in the 1950’s as a result of these style vs style challenge fights. Today, the London Wing Chun Academy maintains the old ethos of testing Wing Chun in order to continue its development as an effective martial art in the modern world. Yet, what does Beimo really mean to us.

What Does Beimo Really Mean?

In the past, Beimo was associated with ‘Tek Kwoon’ in which Kung Fu schools would rival for superiority. Many of these confrontations would result in the closure of schools and the validity of a particular fighting style.

Yet, the reality of Beimo is far less dramatic. It has a deeper meaning.  Today, Beimo is simply a method of comparing or testing your skill against another martial art. This could vary from a friendly sparring match with a rival martial arts style to a contest in a professional Mixed Martial Arts arena. For us, Beimo is a ‘can do’ attitude, it is more than a simple test of ability, and it is the development of fighting spirit. So while it may take differing forms, it does not require the extreme of fighting bare knuckled without rules.

Is Beimo Valuable for Wing Chun?

Modern Beimo is akin to the format of cross disciplined fighting known as Mixed Martial Arts (MMA). While many would understandably say that MMA is not a martial art but a sport, the basic premise of this phenomenon is the challenge of style vs style. In fact, the Ultimate Fighting Championship (UFC) was established on this very notion. Today, Mixed Martial Arts offers an opportunity in which martial artists can test their specialities against other skill sets to see if they can make their approach work.

Physically, hypothetical martial arts techniques are tested in application which many martial arts schools do not do properly. For example, you cannot improve your defence against high kicks if the person delivering the kick cannot kick high. Some Wing Chun practitioners lack the ability to properly defend against contemporary fighting methods that involve boxing wrestling, takedowns, and throws. Not because of a failure in Wing Chun, but simply a result of a lack of understanding of how these attacks are delivered. From our experience we have found that individuals that take part in Beimo bring practical experience that benefits the London Wing Chun Academy as a whole.

The psychological benefits are more apparent. When individuals have a goal, whether focused on a challenge fight, grading, or competition their performance is often enhanced and this presents more of a challenge for others in the gym. Hence, Beimo develops a different attitude and mindset in comparison to the regular training regime.

Why What We Teach is Effective

Admittedly, not everyone that studies Wing Chun wishes to test their skills against other styles of martial arts. Nevertheless, it is important to test what really works in Wing Chun so the average student in our gym will will benefit from the experiences of our few that do test their skills. That is why we compete in San Shou Kickboxing, Brazilian Jiu Jitsu (Bjj), Boxing, K1 Kickboxing events.

Although, many in the Wing Chun community reject the notion of entering cross discipline or style vs style competitions. The sheer fact of engaging in some form of adversarial training and combat develops a fighting mindset that cannot be simulated in a typical Wing Chun school. The fight preparation alone has a multitude of benefits that only enhances your ability to apply Wing Chun in a real life situation.

The London Wing Chun Academy has a coherent methodology in how to prepare for Beimo. We firstly address the way that you train and we are open minded to answers from different sources. This is why we provide Brazilian Jiu Jitsu (BJJ), as well as Wrestling, Boxing, and Kickboxing training alongside our Wing Chun classes.

We then test our training methods, re-evaluate, test again, until we have techniques that can be applied in any situation. After all, good Wing Chun be applied equally in the street, ring, cage, regardless. If what you do works it will work anywhere.