Wing Chun is Ambidextrous for Self Defence 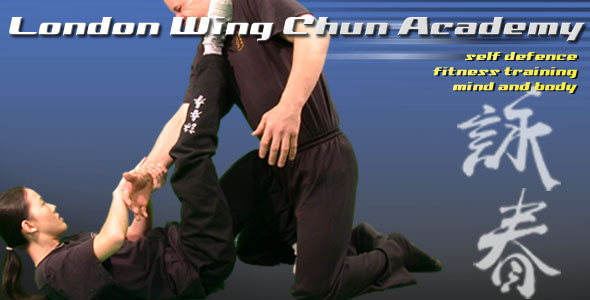 To a certain extend Wing Chun could be considered an ambidextrous fighting style. Although, this sounds hard to learn, the benefits of being versatile enough to use both sides of your body will be of great advantage in a self defence confrontation.

To a certain extend Wing Chun could be considered an ambidextrous fighting style. Although, this sounds hard to learn, the benefits of being versatile enough to use both sides of your body will be of great advantage in a self defence confrontation.

There are two reasons why this martial art is ambidextrous. The first relates to the concept of ‘facing’, i.e. that you face your attacker with both shoulders. As a result of the even distance between both shoulders there is an equal distance between your left arm and right arm while striking or pushing a person. For example, if the requirement is to push a person away, then this action would be more effective if both arms are engaged at the same time.  Not only is this movement more efficient but it facilitates, whilst maximising, the generation of equal power from two arms. Take fitness or weight training as an example. In order to bench press, a person must press equally with both arms to drive a heavy weight upwards and away. This movement would be impossible if the body was side on.

Another consideration is that in Wing Chun the arms interchange in an efficient manner and this is only possible if the body is facing forward. For example, the primary function of Man Sao is to seek contact with an attacker’s arms in order to trap or stick. However, Man Sao interchanges when disrupted. That is, the Wu Sao will rush forward to replace Man Sao when it has been removed from action. The notion of interchanging arms efficiently and directly would not be possible if the body was in a side facing manner. These movements would be easily telegraphed in a self defence situation, thereby alerting the attacker to a response.

Since, the purpose of Man Sao is to seek with forward intention the action can often sweep an area in front of the body without exposing a Wing Chun practitioner to danger. A simple analogy is relates to trying to find your way in a dark room, a person would naturally stretch an arm out to find objects in the dark. In the context of fighting back for self defence, if the arm is interrupted, simply use Laap or Pak Sao to clear the obstruction. However, if the arm is not interrupted, the seeking hand becomes a striking hand. These ideas are only possible with ambidextrous movement.

This is not to say that using only one side of the body for a stance is incorrect. In fact, boxers and other martial arts have been using this approach for centuries. It is easier to learn and it works practically because of the variation of strikes employed. Typically, jabs are from the left side of the body, crosses from the right, as well as haymakers, or over hands. In this context, it makes more sense to deliver them from a singular stance, even sideways on, thus making it less complicated to apply. However, Wing Chun fighters try to be more versatile in regards to exploiting angles and distance. They are not bound by the limitations of using one side of the body. They choose instead to ‘face’ an attacker.

Although this martial art relies on structure to defend, Wing Chun also employs cleaver techniques to attack and the break the structure of a person. In this sense, a Wing Chun student learns the same skills on the left side of their body, as well as the right, because of the offensive and defensive manner in which Man Sao adapts to change. This is only possible with an ambidextrous approach, but of course we will all naturally favour one side of the body over the other.