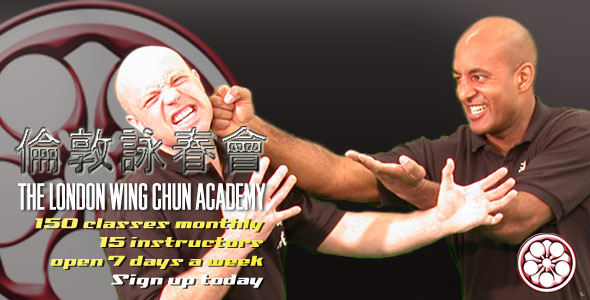 Wing Chun is not simply just a collection of unrelated ideas and martial arts techniques. It has a core set of guiding principles. This keeps this martial art a pure and integrated fighting system, while allowing direction for refinement during training that is consistent with its principles. These guiding principles are maintained with practice of the Wing Chun forms and are part of the reason for Wing Chun ‘s uniquely scientific and logical approach to martial arts and self defence.

By observing the approach of Wing Chun it is quite easy to accept that a woman did indeed have a role to play in the development of this great martial art. It is an extremely logical, scientific martial arts system, which always makes use of skill over strength, economy of motion over flowery motion, making it well suited to someone of smaller stature and strength.

Indeed, most Wing Chun techniques serve a practical purpose. There are no flowery movements or graceful techniques that mimic animal movements like other popular Kung Fu styles. In practice, the martial arts techniques of Wing Chun may be interpreted and understood either in terms of body mechanics/structure or in the use of energy often referred to as Fa Jing (explosive force).

This is not to suggest that Wing Chun relies on brute strength. On the contrary, softness (via relaxation) combined with sudden contraction is fundamental to the martial arts system, and is essential to deflect, negate, and use the aggressors power against himself. Thus the importance of the training the Wing Chun forms, each form in particular develops an aspect of the practitioners ability. Indeed, the first form (Sui Nim Tao) develops a basic understanding of the Centre Line Theory, whilst ensuring strength in the basic shapes and explosive power (Fa Jing).

The Second Form (Chum Kui) extends the practitioners understanding of the First Form and combines the qualities of strong frame and explosive power developed in the first form with speed and body structure in order to create a dynamic high-pressured martial arts exercise for the Wing Chun practitioner. The early forms of Wing Chun should be viewed as physical training that develops power, strength, and explosive energy. They are not merely a collection of simply martial arts techniques to be thoughtlessly copied, but techniques that when practiced properly engage insurmountable strength and power, even for people of small frame and structure.