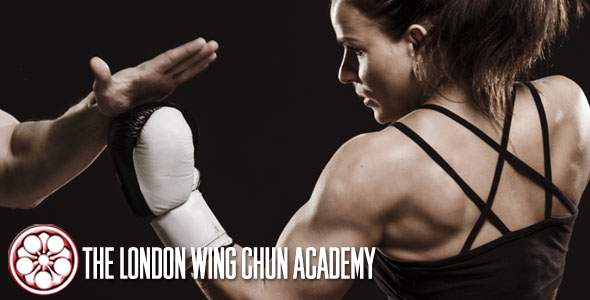 The answer lies in the strategy of Wing Chun fighting. What distinguishes Wing Chun from most martial art styles is the attention to detail. The focus on correct structural integrity, efficiency of movement, and the development of short distance power. These are the concepts that we should be seeking to improve by scientifically testing against a resisting opponent with no knowledge of Wing Chun. If these concepts are valid then they would hold up to any test regardless of the method of testing. That is, whether tested in a style vs style comparison, San Shou or in Mixed Martial Arts competition.

The ability to generate power over a short distance is central to the application of Wing Chun theory. Without sufficient power generation then the ability to move efficiently will be worthless. Hence, there are many different ways to generate power in Wing Chun, Fa Jing is one such method cultivated and practiced in the Sui Nim Tao (see The Wing Chun First Form: Sui Nim Tao). The following Wing Chun video illustrates the differences in the generation of power and how practical it may be for practicing Wing Chun.

Yet some argue that Wing Chun is too dangerous to be tested in a competitive environment. Citing that real fighting is not governed by rules and therefore striking the eyes, groin or knees would be effective enough. This perspective is unscientific and fanatically as it follows a blind faith that Wing Chun works. Yet other styles of martial arts are also capable of using the same ‘deadly tactics’, which makes this argument void. You must define Wing Chun on its founding concepts. To investigate, it is necessary to keep certain variables constant in order to test the theories Wing Chun. In this sense, removing the option of attacking the groin or eyes means that both fighters can compare skills on a comparative basis to see which aspect of their style really works.

Rules are essential because they provide some control of the variables in a contest. There are many possibilities of what could happen in a real fight. Hence, rules control certain variables and force students to focus on the core universal martial arts skills of timing, distance control, and mobility. These skills are key to facilitating the theories of Wing Chun, but how do you develop these attributes in a scientific manner for Biemo.

Boxing gloves although they severely limit the ability to use the full range of hand shapes (weapons) in Wing Chun can provide another valid approach in which to test your ability to fight under physical and psychological pressure. However, as you will see from our Wing Chun video that the approach to generating power, that is hitting hard, has to vary when you wear gloves. Boxing or Kickboxing serves as an excellent platform to test your ability, but there are still limitations to this practice. However, these limitations do not outweigh the benefits of full contact sparring with boxing gloves. The most obvious is your safety.