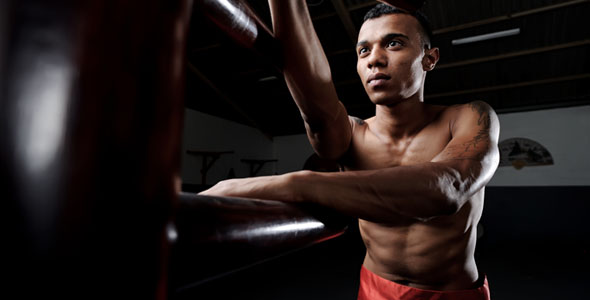 The Wooden dummy not only provides a method to train when one doesn’t have a training partner, but also develops additional skills such as hand leg co-ordination, better stick (Chi Sao) and improved body structure. Although, unlike a living partner the Wing Chun Wooden dummy does not respond according to your movement, and therefore may not be as useful to develop following or movement based fighting skills needed for some aspects of Wing Chun. Nevertheless, it is an essential training tool and form within the Wing Chun fighting system.

Although the dummy arms are in a fixed position, they provide a way to keep ones positions and shapes more accurate. This helps to develop the ability to stick (Chi Sao) and move more efficiently, since the arms are fixed a critical angle for practice. Often, when practicing in the open air or with other students, and even over time, positions may start to deviate from the ideals first inherited from the first form. Hence, regular practice on this training tool is critical for maintaining the accuracy of your fighting skills.

Controversially, it has been suggested that the Dummy Form was one of the original forms of Wing Chun, and therefore can be dated back to it’s conception. However, what is important to note is consistent benefits the are gained from practicing on the training tool, these include better hand leg co ordination, footwork, stick, angle appreciation, power with point to stop and timing.

Training on the Wooden Dummy: Development of the 6 harmonies

Body structure is a key feature to the Wing Chun fighting system, which is often referred to as the 6 harmonies. Good structure leads to strong frames that do not rely on a great deal of physical intensity. Indeed, strength in Wing Chun is derived from the proper alignment of the major joints in the human body, relative to the position of the attacker. The benefit of this method is that the structure and balance of a Wing Chun fighter remains intact under pressure of combat.

Training on the Wooden dummy not only improves stick (Chi Sao), but reinforces the principle of the 6 harmonies. The Wing Chun student prefects the alignment of the shoulders, elbows, wrists, hips, knees and ankles when applying specific Wing Chun techniques. Of course, the challenge as always arrives from maintaining the alignment of the hips, shoulders and arms as the body, and that of an opponent, move around. Hence, practice on the Wooden dummy improves this skill and further promotes strength and structure during practice.

The Wing Chun practitioner seeks to destroy his opponents structure and balance by constantly moving, maintaining his 6 harmonies, while disrupting the opponents alignment.