The Importance of Shadow Boxing for Wing Chun 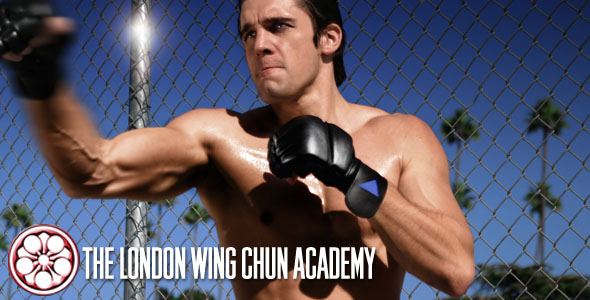 Shadow boxing is a great tool to improve your martial arts ability and skills. In any boxing or kickboxing gym you will find many fighters spending hours shadow boxing in front of a mirror or in the middle of a boxing ring. What are the benefits of shadow boxing and is there any value for Wing Chun practitioners in this popular training method?

There are many benefits of shadow boxing in the gym. The main benefit is the ability to practice striking, footwork, and a combination of both without the distraction of an opponent or heavy bag. When boxing on your own, you have the ability to polish your technique without the risk of being punched or hit in return. In this sense you are not distracted and can focus purely on the placement of your hands and feet in a co-ordinated manner.

If practiced properly, shadow boxing can not only improve your technical ability but your rhythm, timing, speed, power, and even your defensive and offensive ability. So how do these benefits transfer to Wing Chun training? Well, Wing Chun is a form of Kung Fu and therefore a martial art and not a sport. Like any martial arts style it has forms (Sui Nim Tao, Chum kiu, and Biu Jee) in which the Wing Chun practitioner practices a series of physical actions or movements according to the concepts of this style of kung fu. The most important being the concept of moving efficiently.

So How Does This Relate to Training Wing Chun?

The approach of western Shadow boxing can benefit Wing Chun training by allowing the development of efficient movement in a more mobile and fluid setting. However, caution must be taken not to simply move for the sake of moving. Wing Chun has been devised as effective form of fighting because of its directness and efficiency of movement. Therefore, to shadow box in Wing Chun is simply to extend the concepts derived from the Wing Chun forms in a fluid manner that translates to combat or self defence.

For example, if you observe the Sui Nim Tao form, you would notice that the form is static (the body does not move) on the spot, and focused on hand movements. However, this is a vital characteristic of the practice, because it facilitates the ability to focus on moving efficiently while developing differing types of physical power (e.g. Lic or Fa Jing). So in adding a shadow boxing methodology the notion is to simply add an extra dimension to your personal training in the gym while maintaining the same characteristics of the form. In other words, moving freely while maintaining efficiency and correct use of Wing Chun power.

Overall, shadow boxing for Wing Chun training is vital for a number of reasons: (1) It improves the efficiency of co ordination and body mechanics; (2) while improving footwork, timing, and power. Watch our video on shadow boxing for Wing Chun and how it can be used to effectively develop a skill set that can be used while sparring in the gym or even self defence in the street.