The Art of One Armed Wing Chun Fighting 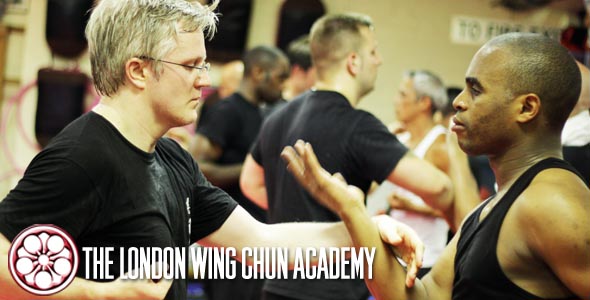 There are aspects of Wing Chun that focus on using or training with one arm. For example Dan (Single) Chi Sao or even certain Gwor Sao drills. Why do Wing Chun students practice so often with one arm and is it really practical for fighting?

The answer is simple. Training with one arm allows you to develop your ability equally without having dominance with one side of your body. In other words, you should be equally effective with your left arm (if you are right handed) in comparison to your right. Of course, this is an obvious reason for training with one arm, but what is more interesting is the observation that fighting with one arm is truly a more efficient way to move.  Watch this week’s video below to get more of an insight into how one armed fighting is effective.

Ultimately Economy of Motion is about Using One Limb

Simultaneous attack and defence does not necessarily have to be with two arms (see The Reality of Simultaneous Attack and Defence in a Fight). In fact the ultimate method of applying this idea is to use one limb to both attack and defend. For example, intercepting with a punch to both block an incoming attack whilst defending against that attack is the ultimate in efficient fighting.

In this sense, your punch, strike, or kick achieves both ends, it attacks while simultaneously defends. This is a manifestation of the art of interception in Wing Chun and therefore is considered by many as an advanced form of Wing Chun fighting. This is where the idea of training with one arm derives. To use one arm is to gain the advantage in control and the ability to clear the line for your attack.

The Reality of Fighting with One Arm

Realistically fighting with one arm would be dangerous, unless you are forced to do so. However, in this week’s video we look at the concept in Wing Chun of using one arm as an efficient form of self defence when faced with someone throwing multiple punches at you. To fight effectively with one arm you must learn how to control the physical space in front of the centre of your body. The method of training teaches you how to clear the line of attack so that you may punch with your other arm.

In this video we take a closer look at the Wing Chun technique known as ‘Wiping Hand’. Wiping hand is commonly used to defend against multiple punches thrown to the centreline. If you search YouTube for Wing Chun videos you will invariably see many examples of the technique being used against two punches.

As impressive as these demonstrations may look, don’t be fooled by the simplicity of using this common technique from the Wooden Dummy form. The reality of real fighting is that people will throw punches from different angles and heights, applying this technique may not be as easy as you think. The second half of our video addresses this problem. In the latter half of our video we show how to manage distance, angles, and height of the attack punches by moving efficiently and directly with your single arm.

Wing Chun is a great fighting system, but what makes it worthwhile is the many different training methods within the style. Within this establish approach, the London Wing Chun Academy has developed a range of unique training methods that can be effectively applied to modern day self defence situations. Come see for yourself.