Man Sao is Not a Wing Chun Guard Hand 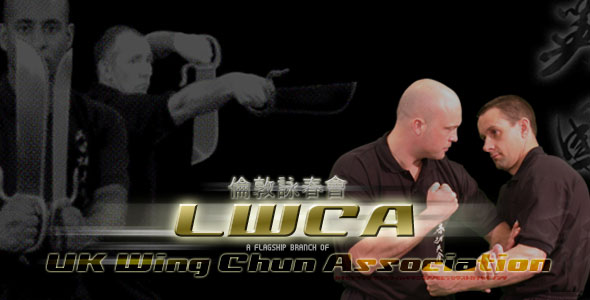 The Wing Chun system uses the idea of Man Sao for self defence. The term literally translates as ‘Questioning’ arm, but is often referred to as the ‘Inquisitive’ arm of Wing Chun. It is simply a sophisticated method for self defence.


Guard hands in martial arts or boxing are typically a method of protecting the head or body from the attackers punches. The idea being that the arms stay close to the head in order to prevent strikes landing. Boxers, kickboxers, and MMA fighters often work on retracting their punches back to a guarding position to protect. Their punches snap back to allow protection against counter punches.

In contrast, the Wing Chun system uses the idea of Man Sao for self defence. The term literally translates as ‘Questioning’ arm, but is often referred to as the ‘Inquisitive’ arm of Wing Chun. It is simply a sophisticated method for self defence.

How Man Sao is Used for Self Defence

Man Sao is often thought of as the guard hand of Wing Chun. Contrary to this miss understanding Man Sao is not typically a guard in the sense of a boxing or kickboxing guard. In this sense, the idea is not necessarily a way of blocking punches. Rather, Man Sao is a method of moving between offensive and defensive action.  The shape is a method of obtaining a link or a contact (referred to in Wing Chun as a Bridge) between two bodies. It is simply a method of seeking and/or establishing contact with an attacker in self defence.

Overall, the purpose of Man Sao is to bridge contact with an attacker in order to control that person’s movement, space, and distance. Often the starting position of a Wing Chun practitioner, it requires one arm to be placed forward, elbow slightly bent with, while the other arm held back near the bend in the arm. In this context, the Man Sao arm is an offensive hand movement that searches for contact, while the rear hand (referred to as ‘Wu Sao’) is actually the defensive guard hand.

Seeking a Bridge with Man Sao in Wing Chun

Interestingly, probing with Man Sao typically draws three natural responses from an attacker in a self defence situation. The first, often involves a person pushing the arm away from their personal space. The second is similar in that a person may grab the arm in order to remove it completely out of the way . The last most common response simply involves response in which the attackers either punches around, under, or in to the probing arm.

Think of Man Sao, as a barrier with a forward seeking or probing intention.  This movement facilitates the ability to penetrate the attacker’s space while eliciting a predicable response from that person. Therefore, it is not a guard in the sense of the word, the arm is active with a purpose of trying to illicit a response that can be controlled from the outset. In this sense, it is an active attacking movement, not static or dead shape.

The Correct Shape of Man Sao in Wing Chun

The characteristics of Man Sao require that the wrist is held in the centre line, while the remainder of the arm is extended forward, shoulder back, elbows slightly bent, and in line with the side of the body. These key characteristics allow the correct structure that can bear some force or effort to remove this arm, since the elbow and the wrist forms a wedge shaped angle. This wedge is a form of triangulation that is consistent with the structural theory of this marital art. However, this wedge structure ensures that any strike that hits the arm is deflected off and away from the body, but  it also allows the ability to compress under pressure. This characteristic facilitates the ability to suck in the elbow to the fist or redirect the energy or the strength of the attacker.

In short, Man Sao is not a guard hand, but a sophisticated method of engaging contact with an attackers arm in order to trap the hands or stick to control their arm movement. It is offensive movement that requires direct action from a Wing Chun practitioner.