Is Wing Chun Chi Sao Useful for Self Defence? 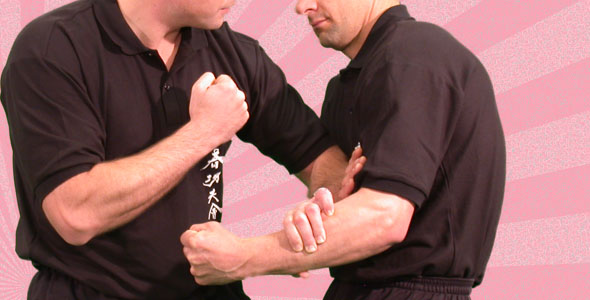 While the concept of sensitivity training is not unique within the various martial arts, the form and complexity that it takes in Wing Chun is unique. Known as Chi Sao, this exercise distinguishes Wing Chun from Boxing, Kickboxing, Karate, Brazilian Jiu Jitsu, and even other forms of Kung Fu. Here are some simple questions and answers that will help you understand why Chi Sao training in Wing Chun is considered important.

What is Chi Sao?

Chi Sao roughly translates as ‘Sticking Hands’. This two person exercise is a form of Wing Chun training that enhances your ability to stop a person from hitting you by spoiling the other person’s arm movement. Essentially, this exercise allows you to ‘feel’ how the other person is moving in real time. Put more simply, in Chi Sao you to stick to an attacker’s arms to prevent punches, grabs, knees, even kicks.

The training is unrehearsed, and therefore spontaneous, as any attack would be in the street. In fact, Chi Sao training is an experimental process that develops your reflexes to a high level. This approach also provides a clear structure for learning this martial art for self defence, because it relies on a framework as a starting reference and this differs from the random nature Boxing or Kickboxing sparring.

When sparring in boxing, Kickboxing, Brazilian Jiu Jitsu or Mixed Martial Arts there are endless possibilities of what could happen at a given moment in time. What Chi Sao does is reduce those possibilities to a smaller set of responses, allowing you to focus on specific skills with a lower risk of being injuried if you make a mistake.

How do you do Chi Sao?

Chi Sao could be considered similar to clinch fighting in Wrestling, Thai Boxing, or Mixed Martial Arts in which a fighter would jockey to off balance and control their opponent. It has more in common with the approach in Boxing or Kickboxing where clinching is used to prevent the other opponent from striking at close range. Hence, Chi Sao could be considered a more sophisticated approach to clinching an attacker in order to prevent punches to the face or body.

The idea is to connect with your forearms and use the tactile information gained from this point of contact to learn when to strike the attacker, while denying the opportunity for the other person to hit you back. In other words, you are not exchanging blows, rather trying to stop the person from hitting you, while placing yourself in an advantageous position to hit that person without reply.

There are other aspects that are practiced such as the manipulation of energy, direction of force, maintenance of structure under pressure, and response to sudden changes to your centre line. It can also be practiced with one arm (Dan Chi Sao), and this is ideal for intermediate level Wing Chun students.

Why is it important to training?

It deals with an isolated opportunity of contact between your arms and another person during a confrontation. It is a great exercise to improve hand fighting. It gives you the opportunity to experiment with certain hand fighting ideas with reference to a clearly identifiable framework, and this differs from Boxing and Kickboxing. Hence you can gauge your improvement over a period of time with less risk of injury.

Chi Sao offers an opportunity to fine tune the concepts from the various forms in Wing Chun (see How the Forms Improve Chi Sao). While it certainly does develops specific martial arts skills, it is not essential to learn straight away. In fact, it is perhaps more important for Beginners to take a similar approach to self defence or fighting as in Boxing or Kickboxing and even Brazilian Jiu Jitsu. That way you will have a similar baseline of striking skills to base your Chi Sao practice upon.

Is Chi Sao useful for Self Defence?

While there is some value to training Chi Sao, it should not be considered as the best way to train for a self defence confrontation. After all, there are a number of limitations to this practice, namely the agreement of both Wing Chun practitioners to start in a linked arm position.

If you trained in a boxing or kickboxing gym you would not be limited to practicing the clinch, instead clinch training would form a very small part of your fighting preparation. In this sense, Chi Sao in Wing Chun is only a small part of our overall preparation for self defence. Similar to Kickboxing it cannot replace the requirement to learn how to punch and kick or spar as other martial arts practice.

However, what is useful is the development of the ability to cling to attackers arms in order to spoil an attack. In particular, the ability to react and move without thinking. In this sense, Chi Sao develops a natural intuition of how to respond automatically without flinching, freezing, or over thinking what to do next.

It would be foolish to think that Chi Sao could be directly replicated in a self defence situation. In other words, how you train Chi Sao in the gym would translate directly when someone attacks you in the street. What Chi Sao does is reduce the natural physical hesitation that you may have when someone attacks you. However, you must learn how to deal with punches and kicks in a more direct manner, and this should be no different to kickboxing or Jiu Jitsu.