Is Speed Important in Wing Chun? 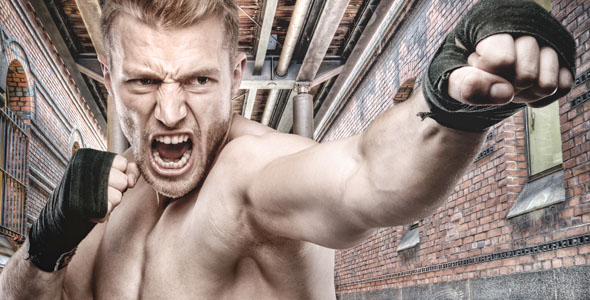 In Wing Chun physical speed of movement is emphasised in order to develop power. The simple analogy being that a dead weight travelling at high speed will cause a tremendous amount of damage on impact. Bare in mind that Wing Chun is a traditional bare fist style of Chinese martial arts.

In Wing Chun physical speed of movement is emphasised in order to develop power. The simple analogy being that a dead weight travelling at high speed will cause a tremendous amount of damage on impact. Bare in mind that Wing chun is a traditional bare fist style of Chinese martial arts.

Therefore, Wing Chun fighters rely on the strategy of creating strong dense fists, while acelerating thier hands at speed towards a target. This in turn creates a weighted punch (see example below) that causes damage to the various soft targets on the human body. Note that this would not be possible training with boxing or mma gloves. The weight delivered from a punch in Wing Chun relates to directly to 1) speed of movement, 2) conditioned hands, and 3) densely formed fists.

Power and speed should actively be encouraged during our training after the practitioner has developed speed and focus in their martial arts technique. Some may believe that in Wing Chun, a punch that moves so fast that it can’t be avoided is more effective than a slower more powerful punch that can be blocked, dodged or even deflected. However, we believe that timing is a greater critical factor to speed. Every martial art relies on timing. Look at Boxing, Mixed Martial Arts, Thai Boxing, even Judo or Jiu Jitsu, these martial arts all rely on timing as part of their fighting, martial arts, or self defence strategy.

In addition, the emphasis on speed is a direct result of the short distance that Wing Chun relies upon. At close range a punch has less distance to travel and therefore appears faster and more difficult to see. This of course is critical for a Wing Chun fighter, because striking out will always expose part of the body for a counter attack. From this perspective a fast punch reduces the exposure time and therefore the risk of attack.

As a rule, punches are faster and more direct than kicks. Hence, hand shapes are often favoured over kicking in Wing Chun. Although, kicks are often used in combination with hands in Wing Chun, but often as a follow up, and used with dramatic effect to the knees or groin of an attacker. Unlike kicks, punches do not disrupt the body’s natural centre of gravity or balance. However, in this martial art kicks are typically applied below waist height in order to protect the fighter’s balance, and against the possibility of someone grabbing the leg.

The training and fighting stances of the Wing Chun kung fu system are designed to develop and deliver fast effective strikes. Typically, the feet are within the confines of the body, about shoulder width apart (see the explanation of the Basic stance). This effectively allows for better mobility and stability under pressure. Compared to a wider martial arts stance where the mobility would drastically reduced for self defence. Even an extremely small stance would suffer from a lack of stability. Hence, if performed correctly the Wing Chun Stances offers a perfect balance of speed and agility for self defense. Interestingly, the 2nd form in Wing Chun develops speed, structure (consistent with the Six Points Harmony Theory), and the Wing Chun stance.