How to Catch Head Kicks in San Da Kickboxing or MMA 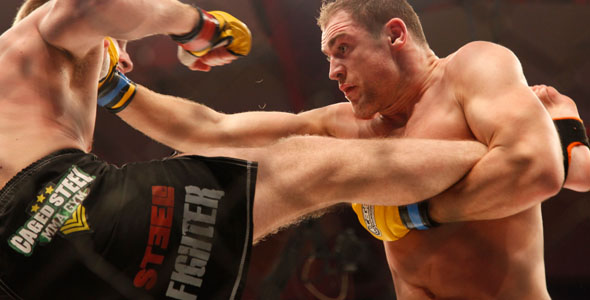 Is traditional Wing Chun technique useful for training in San Shou Kickboxing or Mixed Martial Arts? Well we say yes. In fact, we strongly believe that Wing Chun has a lot of effective martial art techniques that could contribute too many combat sports.

One Wing Chun technique in particular is the High Low Gaan Sao which is often seen in the Wooden Dummy form of Wing Chun. This technique is highly versatile and can be used effectively to counter a range of mid level and high kicks. Especially the powerful martial arts kicks found in Mauy Thai Kickboxing or Mixed Martial Arts and even San Shou (San Sa). Watch our video to see how.

How can you use soft Wing Chun energy to dissipate hard powerful kicks to your head?

High Low Gaan Sao is an effective Wing Chun technique that works well against a range of martial arts attacks in particular high kicks used in Kickboxing styles such as Mauy Thai, San Shou or even Mixed Martial Arts. The key point here is how to use your energy correctly to absorb powerful MMA style kicks.

Watch our video tutorial to get an idea of how to use this technique in Kickboxing to MMA. The video is split into two stages to show how the High Low Wing Chun technique can be used to block powerful kicks.

TRADITIONAL STAGE: PRACTICE THE TECHNIQUE AGAINST A STRAIGHT KICK (start to 1min 43 seconds)

Here we introduce the theory of the Wing Chun technique of High Low Gaan Sao and the importance and interchange with the technique of Lau Sao to control a kick from a traditional perspective. Traditionally in Wing Chun the High Low Gaan sao is used against a straight Kick. This is a non abrasive method of catching a kick which allows you to be very soft.

Note here that we discuss the traditional use of the High Low Gaan Sao relative to open hand Wing Chun strikes (i.e. Without Boxing or MMA gloves) against straight kicks.  These ideas may not be as appropriate for Mixed Martial Arts (MMA) or San Shou (San Da) Kickboxing, since there are more effective techniques in Wing Chun for managing this kick.

For use in San Shou (San Da) Kickboxing. We run through how to use high low Gaan Sao in a more effective manner than the traditional approach that better suits Mixed Martial Arts (MMA) or Kickboxing training. Here we discuss the use of the boxing glove to take the impact of the kick. In addition, to the reality of blocking a boxing combination that sets up a hard head kick.

Please feel free to level any questions or comments on our YouTube page of this video.