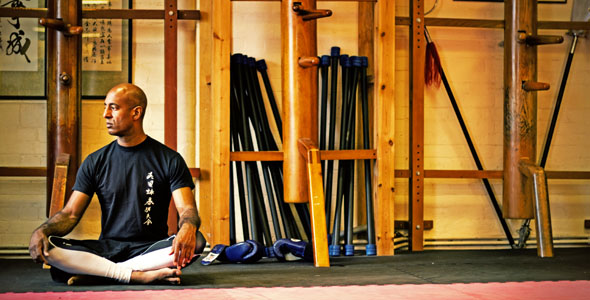 Sifu Mark Phillips was recently interviewed on The Sifu’s Stories, a new Wing Chun podcast founded by Bogdan Rosu. His website, Addicted2WingChun.com, provides training resources and inspiration for Martial Artists who want to become the strongest version of themselves.

During the interview, Sifu Phillips discusses finding Wing Chun as a teenager, the harmonies and conflicts between different Martial Arts philosophies, and how to overcome training plateaus.

“You have days where you don’t want to train because you’re exhausted or you’re injured. I remember at one point, I was training seven days a week… And it was impossible, I couldn’t really keep it up so I had to cut down to six days and then sometimes I would have to take an extra day off. But one thing you learn is not to give up; it’s that staying power. Even when you don’t want to train… You have to do something”

A question often asked by our students is what to do when you start feeling ‘stuck’ in your training, or when you feel like you’re not progressing. For anyone who has trained for a significant amount of time, this is a familiar feeling. Fortunately, you come to develop strategies around it. Sifu advises,

For more training tips and to find out why we’re the top Wing Chun school in London, please listen to the link, below.